Frequent questions new college graduates who are just starting their careers ask me, “What is the difference between a normal 401(k) and a Roth 401(k)? Which one is better?” (referring to traditional 401(k) as “normal”). The answer to that question is, it depends on a few factors. But first, let us review the fundamentals.

A 401(k) is essentially a tax-advantage brokerage account for retirement offered by your employer. You can use it to invest stocks, bonds, and commodities, just like any other brokerage; however, with a 401(k), you are not taxed on the capital gains.

Typically companies and corporations offer a 401(k) percentage match as an incentive to the total of your salary. For example, if an employee makes $100,000 and the company matches 5%, then you have the potential to earn $5,000 a year of free money if you participate in contributing 5% yourself. The maximum you can add to your 401(k) is $19,500 in the year 2020. The one caveat you need to know before investing is if you withdraw your funds before reaching the age of 59½, there will be a 10% penalty.

If you’re still having trouble wrapping your mind around it, don’t worry,  here is an article on the basics of why a 401(k) is essential to your investment portfolio.

So essentially, the main difference between the two is when you are going to pay the tax. So which one is better? The ROTH or Traditional 401(k)? Well, it depends on your situation, and these are the three questions you need to ask yourself.

1) Do you think taxes will go higher or lower in the future?

Do you think taxes will rise in the near future? If you do believe taxes will be higher, then ROTH would be better for you.

2) Do you plan on staying in a high taxed state or city for the rest of your life?

3) I don’t know or care what will happen to the tax rate or what my plans are for my life. What should I do?

No need to worry. Did you know you can invest half into a ROTH 401(K) and half into a traditional 401(K)? Such as the examples above, John and Emma could have invested $2500 a year of their $5000 into both the ROTH and traditional 401(K). This technique is what I recommend for most people. It diversifies your risk, and at the end of the day, nobody can predict the future. 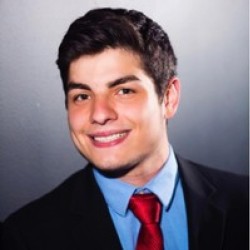